Georgia Southern users were required to change their passwords every 90 days, but the process was unnecessarily painful. There wasn’t an error message when a new password didn’t meet complexity criteria until the end of the process, after it had been entered twice and submitted. Users did not know if a password change was successful until they received a series of email confirmations 15 minutes later.

I reworked the interface to give users instant feedback on whether a new password met the requirements or not. I also added the ability to unmask the password while typing to help eliminate user error. On the confirmation page, I added a list of systems the password change applied to (the previous process required users to wait 15 minutes for an email confirmation from each system). I mocked up the changes and did the front-end coding/markup, then met with a back-end developer to walk through the new process flow before handing it off for development. Once a test version was ready, I conducted usability testing with several users to ensure the new interface addressed the problem we set out to fix.

The updated “Change Your Password” process was seen as a major UX improvement by key stakeholders across the organization and resulted in a significant decrease in user support issues. 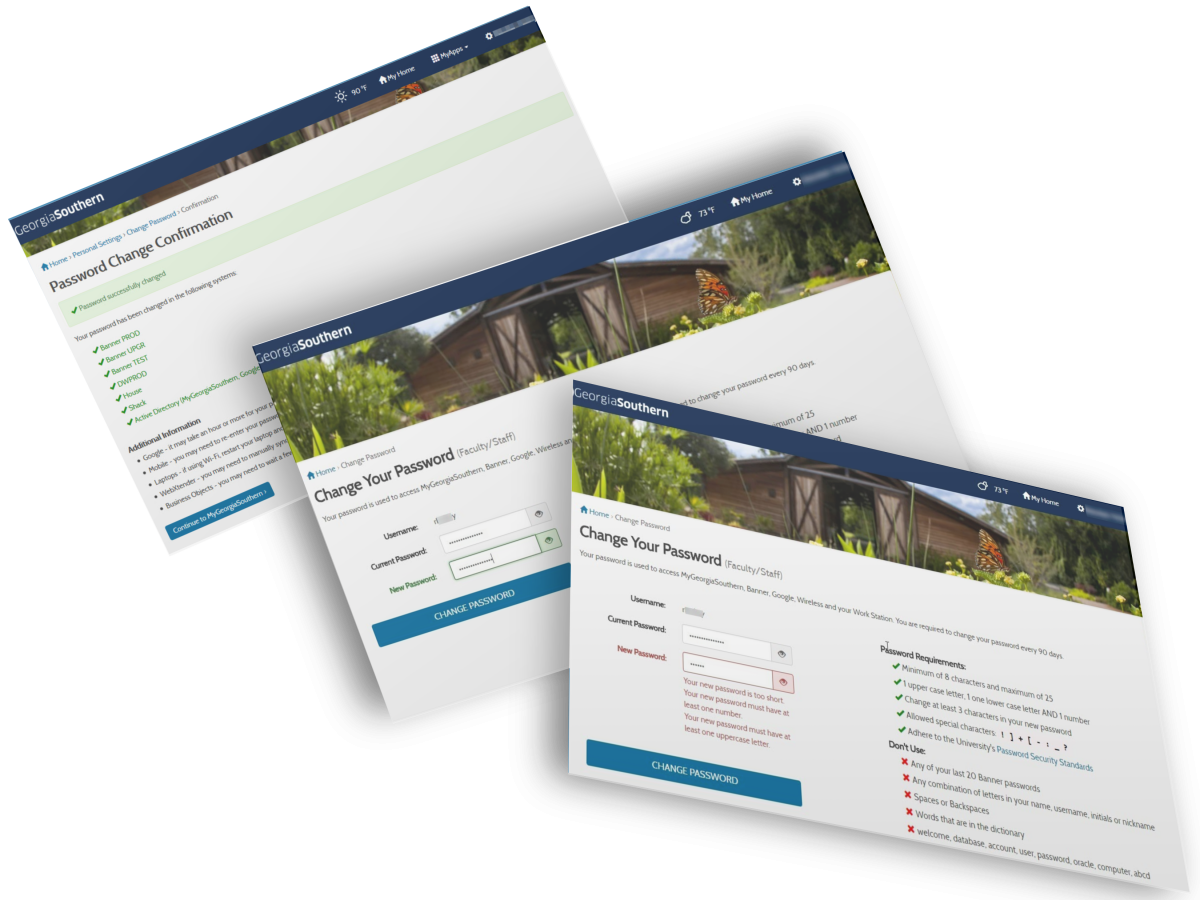